Students of HND Sound Production and HNC and HNC Television courses had classes suspended to take part in the innovative ‘Creative Break’ project.

The 40 students involved were split into four teams and challenged to work with a band or singer-songwriter on recording a song and filming a promotional video from scratch. 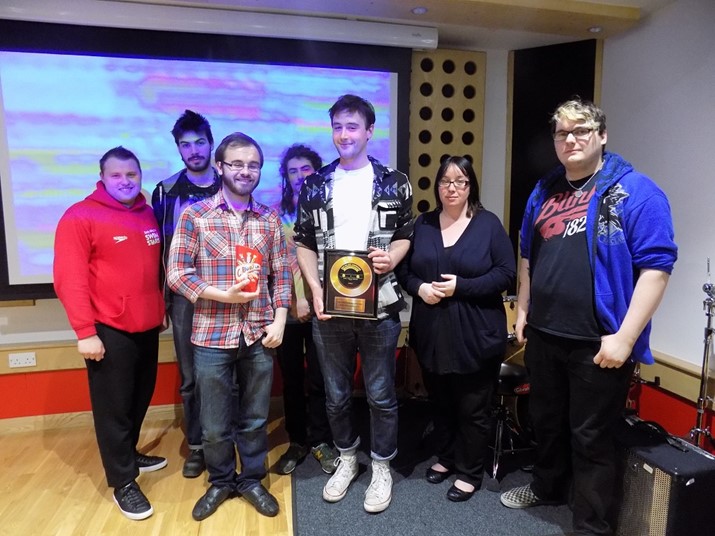 The finished pieces included an instrumental by Jonathan Lynn (aka NNYLS) entitled ‘Only In Dreams’, a politically-charged track ‘Definitely The Vipers’ by Gregor Thomas (aka Good Cop Bad Cop), ‘Resolution’ by Snout, and ‘Tell It To The Mountain’ by Garry Thomson (aka G Lazarus & The Cartel).

All participants attended a showcase on the final day at which the videos were screened and each group received a gold disc in recognition of their efforts.

Over the coming weeks, students will be encouraged to revisit the videos and learn what could be improved upon in future. 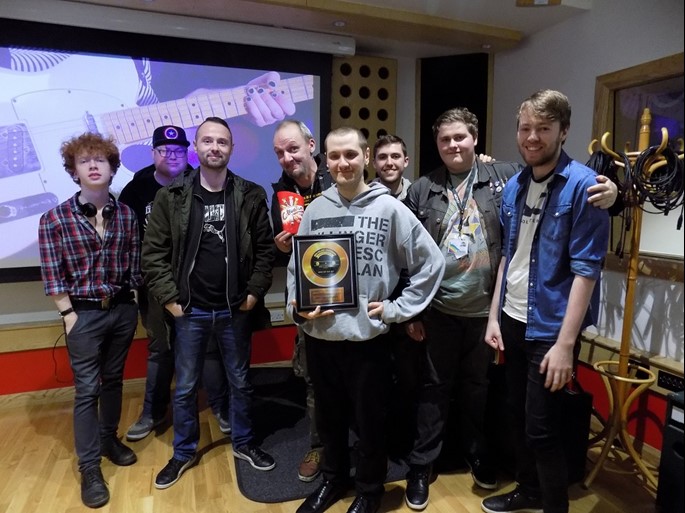 Singer-songwriter Gregor Thomas from Cumbernauld decided to take part in Creative Break after completing the project last year while a student of HND Television.

Gregor, who hosts the ‘New Town Sessions’ for Cumbernauld FM, said: “I really enjoyed being a part of the whole experience last year.

“My track ‘Definitely The Vipers’ is quite political and the video is about a poker game in which the dealer is cheating and the players have their hands literally tied, but still have to play the game.

“I’ve experienced Creative Break from both sides now and it has been a really positive experience for me.”

The fourth annual Creative Break took place at our Cumbernauld Campus immediately after the Easter holidays.

Garry Thomson from Airdrie chose to participate on his own after his band, Black Cat Revue, were unable to take part due to work commitments.

Garry, who studies HNC Television at the Cumbernauld Campus, said: “I like to make music and often you don’t have access to the facilities as much as you would like to.

“When this opportunity came along, I thought that it was too good an opportunity to let it pass by.

“Ideally I wanted to get my whole group involved, but with the guys all working and having commitments, it just became more difficult.

“I had people around who helped me out with drums and backing vocals.” 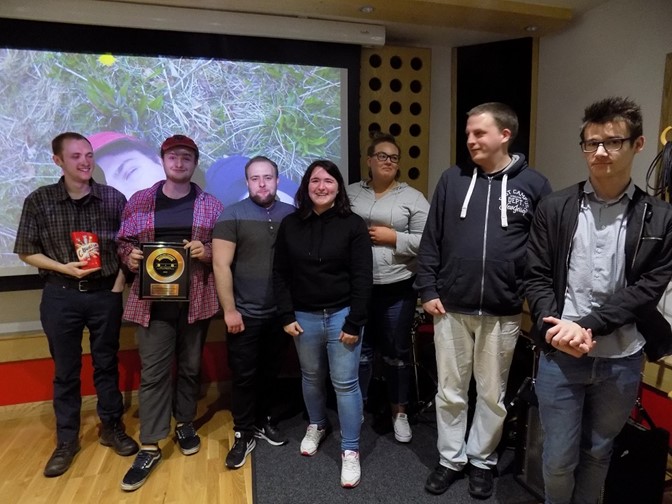 Lecturer Andreas Jonsson said: “I’m really happy with the results both from a sound point of view and a film point of view. There have been some really creative ideas, particularly in sound.

“Every year that we’ve done this, students have come away from it with a good motivation for going forward.

“This kick-starts their creativity and reminds them why they’re in the creative industries and it is to do these collaborative projects and work with people and be creative. That’s always a positive thing.”

Read more about our courses in Sound Production starting in August here: