The stars of Amazon Prime series ‘Weegies’ – both Performing Arts graduates of New College Lanarkshire – have inspired current students with the story of their self-made journey into the TV industry.

Stephen Arthur and Matthew Joseph-Campbell, who completed BA (Hons) Acting at NCL in 2016, shared insights into writing their hit comedy this week with Acting and Film & TV students.

‘Weegies’ was picked up by Amazon Prime Video and all five episodes from the first season are now available to stream.

The Glasgow-based sitcom that’s been described as a cross between ‘Still Game’ and ‘Extras’ was produced independently, using money generated by a crowd-funding Kickstarter appeal in 2017.

‘Weegies’ follows the adventures of best friends, flatmates and aspiring actors Steve (Stephen Arthur) and George (George Charles Stewart) as they struggle to make their way in the world. 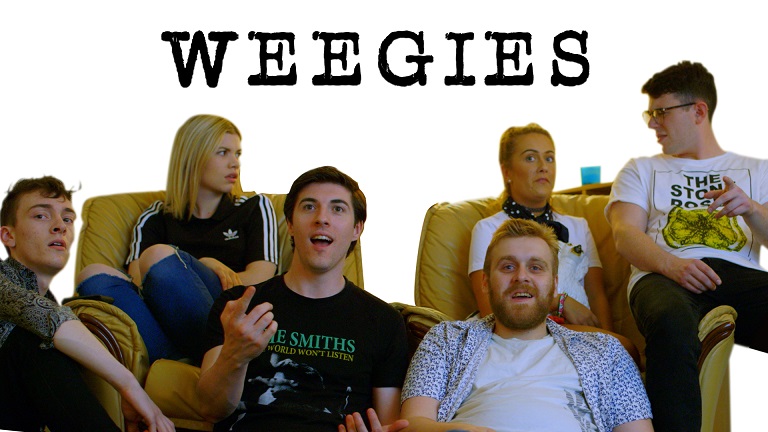 Stephen and Matthew first began to write together after meeting at New College Lanarkshire, where they enjoyed creating their own work. In ‘Weegies’, Matthew plays the role of Paul, while the series is directed by Graeme Watt.

Returning to share their tips on writing and producing with NCL students via Zoom, the duo’s session was attended by more than 80 current learners, including Performing Arts students from our Coatbridge Campus, and Film & TV students from Cumbernauld Campus. 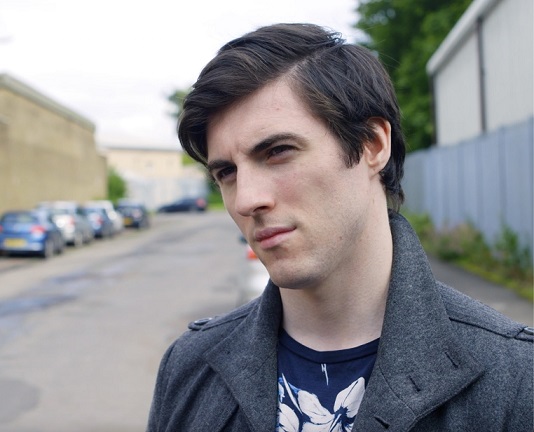 Stephen Arthur said: “I was incredibly flattered and very proud to be asked back to speak at NCL. My dramatic and creative development all stemmed from my time at college; it gave me the opportunity of meeting so many like-minded students and staff members so I definitely have a lot of fond memories of my time there.

“NCL students have a great reputation and it was a joy to interact and discuss the industry with them. It was very humbling to be able to share our experiences and I really look forward to seeing what they all do next.” 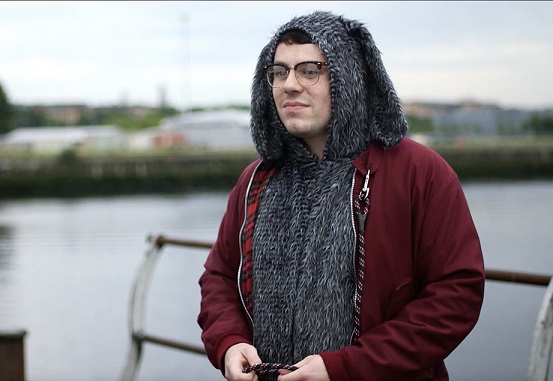 Matthew Joseph-Campbell said: “It was utterly flattering to be asked to speak about our experiences in creating the series. It wasn’t too long ago that we were students ourselves, so to be giving advice and sharing our story with the current students was a surreal experience.

“We were asked some wonderful questions and some really kind words were spoken about us, and personally, I just want to say a massive ‘thank you’, as that really meant a lot.

“We worked for years to get our series off of the ground, and looking back now, the work ethic that we developed at college enabled us to keep going and keep pushing until we completed the series.

“We have wonderful memories of our time at college and hopefully the current batch of graduates who are coming through the ranks will use their experiences whilst studying to develop, create their own stories, and go on to carry the torch for New College Lanarkshire.”

Maureen Hascoet, Film and TV lecturer, said: “We’re always on the look-out for great role models to showcase to our students – be it through what they achieved, their skills, or their path to success.

“Weegies creators Stephen Arthur and Matthew Joseph-Campbell had all three to show for themselves: irreproachable work ethics, a fun and fresh original first series that just got released on a global streaming platform, and the extraordinary bonus that they went from NCL to Amazon Prime, so their story had to be an inspiring one.

“When I met Stephen for coffee in Glasgow, the story of resilience and empowerment didn’t disappoint. I’m very proud that the duo came back to where they started, to pass their story on and inspire our current Performing Arts and Film & TV students. They were so down-to-earth and relatable, and our students left feeling incredibly elevated.”

A recording of the interview is available to watch on YouTube at https://www.youtube.com/watch?v=Us-k9fnhs_4

Find out more about Weegies at the official website: www.weegies.tv